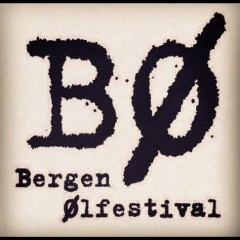 Bergen Ølfestival (BØ) last weekend was a great success, with lots of people, lots of great brewers and most importantly, lots of great beer. Although the weather was rather typical for Bergen, with a creative mix of showers and the occasional ray of sunlight, the people in attendance didn’t seem to bother one bit. The crowd was smiling, and the beer was flowing. What more could one ask for!

A big turnout
Brewers from Nøgne Ø, Lervig, Haandbryggeriet, Ægir, Kinn and Balder were pouring their goods and home brew shops Vestbrygg and Bryggmaker were also present. ABC’s Gahr Smith-Gahrsen did a talk on historical IPAs and got to plan the up-coming oatmeal stout with Kinn founder Espen Lothe. Very nice, indeed!

Hopefully the festival has come to stay. We thank Stian Krog and the other organizers for making this possible and hope Bergen will be blessed with this festival for years and years to come.

A small TV clip from the festival shot by Bergen Student-TV can be seen here: